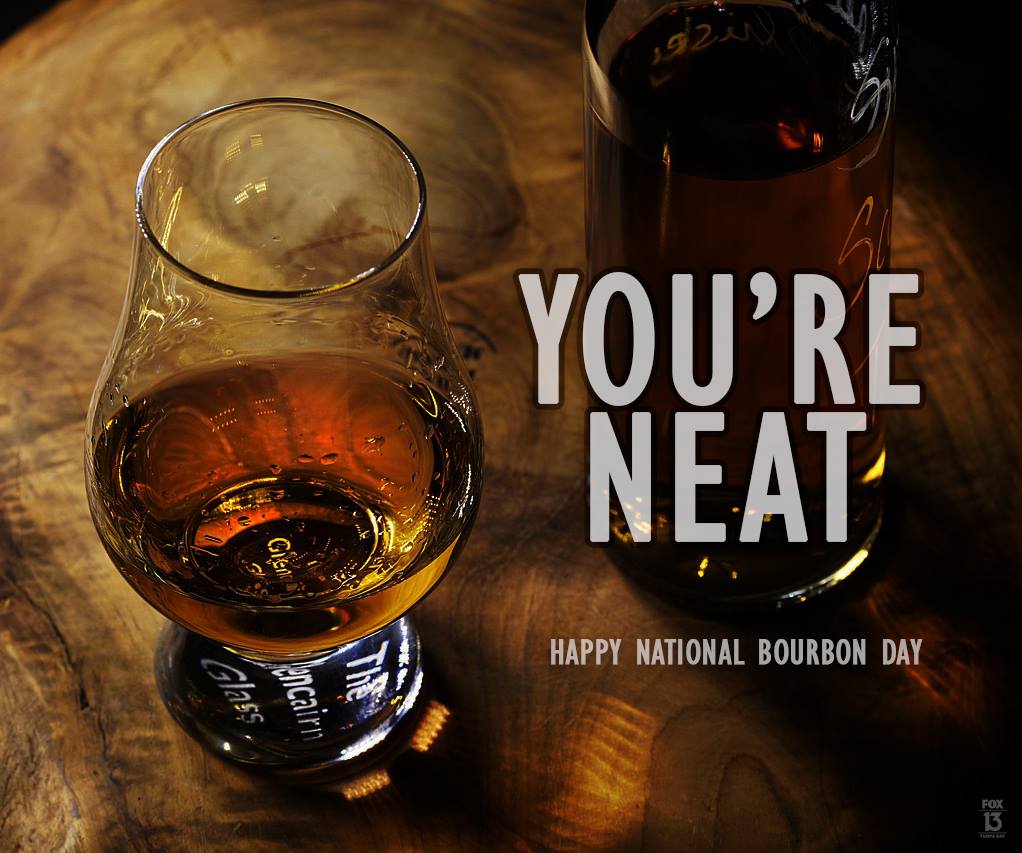 *This will possibly be a CBS Meet-Up/Pop-Up.  Check the events calendar to stay up-to-date. National Bourbon Day is dedicated to bourbon, a type of whiskey made only in the United States.

*This will possibly be a CBS Meet-Up/Pop-Up.  Check the events calendar to stay up-to-date.

National Bourbon Day is dedicated to bourbon, a type of whiskey made only in the United States. In order to be classified as bourbon, it also must be made of a grain mixture of at least 51% corn, be aged in new, charred oak containers, be distilled at no more than 160 proof, be put in barrels at no more than 125 proof, and be bottled at 80 proof (40%) or more. Although it does not need to be made in Kentucky, most are. There is some debate on who the first person to distill bourbon was, but there is a consensus it was made by settlers that came to Bourbon County, which was originally part of Virginia and was established in 1785. This area is now known as Old Bourbon County and is comprised of 34 counties in the state of Kentucky. These settlers came following the American Revolution and were Scots-Irish, as well as English, Irish, Welsh, German, and French. The name of the whiskey most likely draws its name from Bourbon County, but some believe it is derived from Bourbon Street in New Orleans, a city to where a lot of bourbons was shipped, via the Ohio and Mississippi Rivers. Although bourbon sales lagged in the 1970s and 1980s, today the sales are booming!

How to Observe National Bourbon Day
National Bourbon Day should be celebrated by drinking bourbon. It can be drunk neat, over ice, diluted, or in mixed drinks such as the Manhattan, Old Fashioned, whiskey sour, or mint julep. If you are having trouble picking a bourbon out for the day, take a look at this list of the 25 most important bourbons ever. If you happen to be in Kentucky, you could use the day to check out some important distillers on the Kentucky Bourbon Trail.