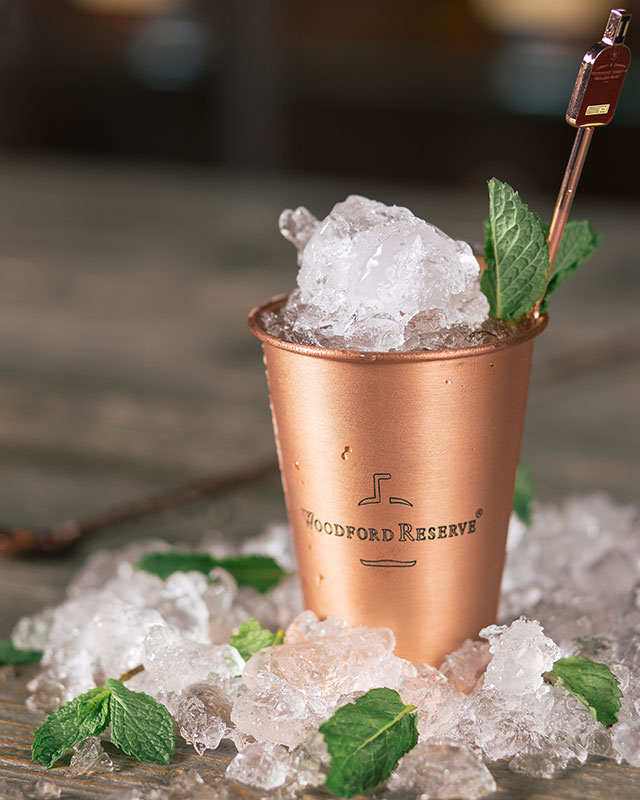 Made with mint leaves, bourbon, sugar, and water, and traditionally served with shaved ice in a silver or pewter cup, the mint julep is the classic Southern drink. The mint is

Made with mint leaves, bourbon, sugar, and water, and traditionally served with shaved ice in a silver or pewter cup, the mint julep is the classic Southern drink. The mint is usually slightly “bruised” to bring its flavors out in the drink, and spearmint is the mint of choice in the South. The mint julep has been the official drink of the Kentucky Derby since 1983, but it has been imbibed there since long before that. While mint juleps may have been drunk earlier this month during that event, we drink them again today on National Mint Julep Day!

The roots of the mint julep lie with julab, an Arabic drink, made with rose petals and water. In the Mediterranean region, mint leaves took the place of rose petals and the mint julep came to be. It was first mentioned in print in 1803, as a “dram of spirituous liquor that has mint in it, taken by Virigians in the morning.” According to lore, Henry Clay introduced the drink to Washington, D.C., in 1850 at the Round Robin Bar in the Willard Hotel, where it caught on and spread around the city. The bar claims his recipe is the one they use today. Senators aren’t the only politicians who’ve had a fondness for the drink. Presidents Andrew Jackson and Theodore Roosevelt both were known to drink it. Roosevelt mixed his mint juleps with rye whiskey instead of bourbon and enjoyed them with his cabinet members following tennis matches.

Famous writers drank mint juleps and wrote them into their works. William Faulkner and Ernest Hemingway partook of the libations, and they are mentioned in F. Scott Fitzgerald’s The Great Gatsby, Margaret Mitchell’s Gone With the Wind, and Hunter S. Thompson’s “The Kentucky Derby is Decadent and Depraved.” From the pages of great writers to the halls of political power, from the South to any place where the mingling of mint and bourbon is loved, the mint julep can be found. This especially is the case today, because it is National Mint Julep Day!