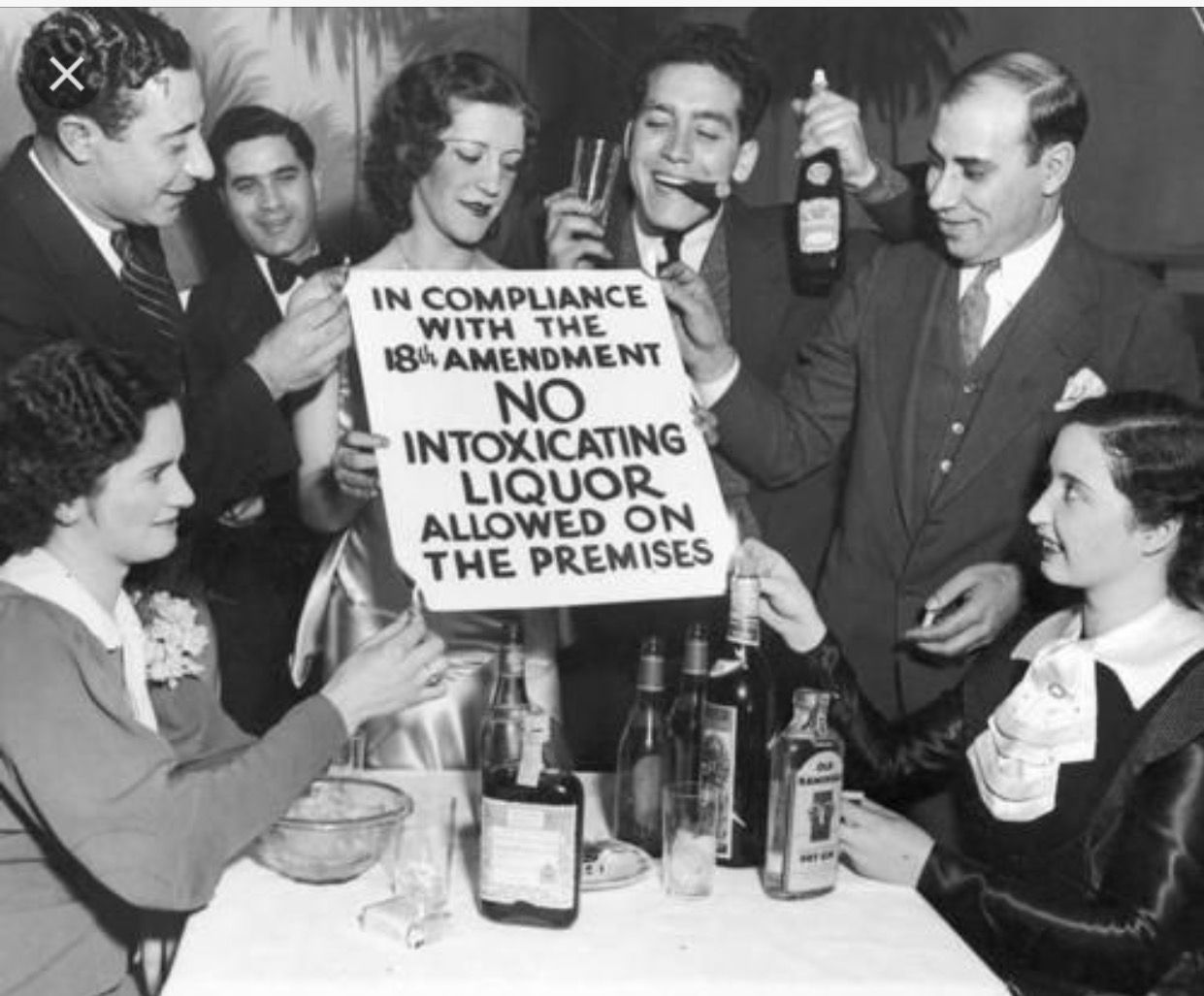 Moonshine—which is often also known as white lightning, hooch, mountain dew, rotgut, firewater, skull pop, and Tennessee white whiskey—is a high-proof distilled spirit that is illegally made in its truest form. It often is about 150 proof, or about 75% alcohol by volume. Although it is illegal to make moonshine at home, we celebrate it today anyway.

The name “moonshine” may come from “moonrakers,” a historic term for English smugglers. “Moonshining” in Britain also meant any job that was done at night. Americans may have adopted the term because the drink was made clandestinely or by the light of the moon. Early moonshiners often made it with rye or barley, but since the nineteenth century, almost all moonshine has been made with corn. A common recipe for it is cornmeal, sugar, yeast, and water. During Prohibition, white sugar was often used in place of cornmeal. Moonshine is clear because it is not aged in oak barrels like whiskey is. Aging in barrels also mellows whiskey out, and as moonshine doesn’t use this process, it has a kick to it. Bad batches of moonshine can be harmful to humans. In the past, some unsafe materials were sometimes added to it to give it a bigger kick, which also made it dangerous.

Throughout history, moonshine has sometimes been made to avoid taxes, and at other times has been made to circumvent full bans on alcohol. In America, moonshine was first made in Pennsylvania and other states where grain was an important commodity. The extra grains from harvest were distilled so they wouldn’t go to waste. In 1791, a tax on liquor known as a “whiskey tax” was implemented in the United States. Three years later, the Whiskey Rebellion broke out in Pennsylvania and President Washington sent in 13,000 troops to bring order. The tax was repealed in 1801.

Moonshining still continued after the Whiskey Rebellion and was common in Kentucky, Virginia, the Carolinas, and in Southern states. The alcohol is still often associated with the South today. Prohibition went into effect in 1920, which actually helped moonshiners, as there was no longer legal alcohol that could be purchased—their market greatly expanded and there was much more demand. But with the repeal of Prohibition in 1933, demand went way down and continued to do so over the years. Today moonshining is rare. Some “moonshine” is nowadays sold in stores, and follows a similar recipe as the bootleg kind, but is not illegal.